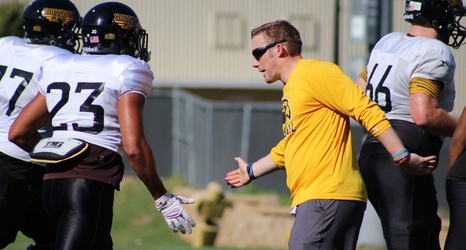 Now's the time for Southern Miss to move fast.

The Golden Eagles made one of the quickest coaching changes in college football history this week, separating from coach Jay Hopson after one game. Hopson has been replaced by interim coach Scotty Walden, a 30-year-old receivers coach, who, in 2016, was the youngest head coach in the NCAA when he led Division III East Texas Baptist University to a 7-3 record scoring 49.9 points per game and averaging 568.2 yards per game.