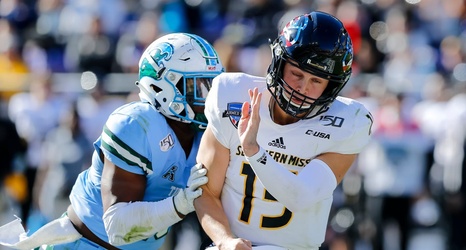 FORT WORTH, Texas — Justin McMillan won two Texas state championships playing for a high school only about 35 miles away from where he played his last game for Tulane. Both of his parents served in the Army.

The Armed Forces Bowl provided a storybook finish for his college career.

McMillan, who started for the Green Wave for two seasons after transferring from LSU, threw three touchdown passes in the third quarter as Tulane rallied for a 30-13 win while renewing a rivalry against Southern Mississippi on Saturday.

“It is a home game. I live right down the road,” said McMillan, who went to Cedar Hill High School.