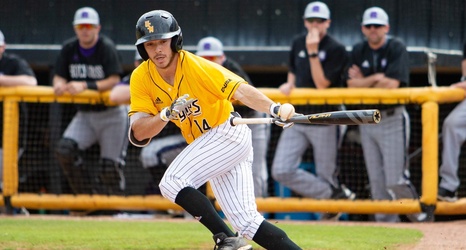 Southern Miss’ afternoon began as well as they could ever hope, with a solo home run by leadoff batter Gabe Montenegro in the bottom of the first inning.

“I’m always looking for the fastball,” Montenegro said. “He threw one, and I was able to take advantage of it.”

Things were rather dormant from then on until the bottom of the sixth inning, when the Golden Eagles began capitalizing on hits for runs. Wallner scored on a single hit by Danny Lynch in his first at-bat of the game after substituting in for Jacob Edwards at third base.