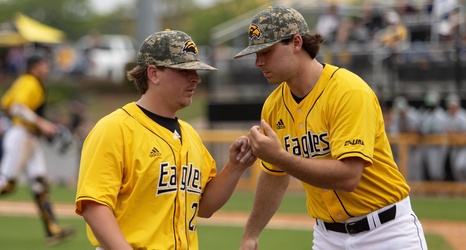 BATON ROUGE– Despite staging a 13-12 comeback win over Arizona State and taking a 4-3 lead over LSU, Southern Miss’ hope for a Super Regional fell short in a 6-4 loss to the Tigers in the Baton Rouge Regional final on Sunday night bringing the Golden Eagles’ season to an end.

Junior starting pitcher Josh Lewis put together a rather unexpected performance for the Golden Eagles who entered the game vastly thin on arms in the pitching staff.