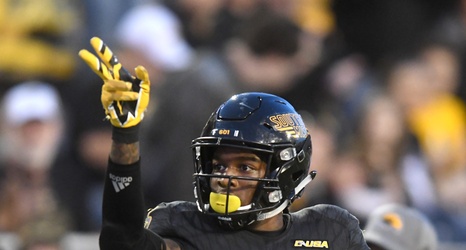 After the Golden Eagles' 30-13 loss to Tulane in the Armed Forces Bowl on Saturday afternoon, Watkins posted a note on Twitter announcing his decision to forego his senior season of eligibility.

"I would like to thank God for the opportunity," Watkins wrote in the post. "With that I am announcing that I have decided to enter the 2020 NFL Draft.

Watkins thanked members of the the Southern Miss coaching staff for giving him a chance to prove himself.

"I love the game of football, played hard and gained the respect of my fellow teammates.