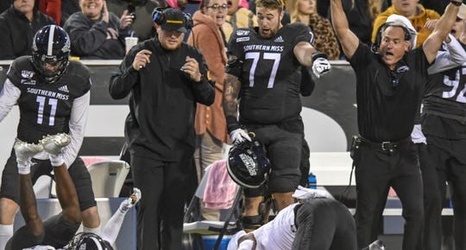 The Southern Miss Golden Eagles are bowl eligible again, but where are they projected to play?

Southern Miss and head coach Jay Hopson missed out on a bowl game last season with a 6-5 record but played in three straight from 2015-17.

The Golden Eagles (7-5) played at three different places during that stretch: the Heart of Dallas Bowl in 2015, the New Orleans Bowl in 2016 and the Independence Bowl in 2017.

The predictions for 2019 are all over the map – quite literally.