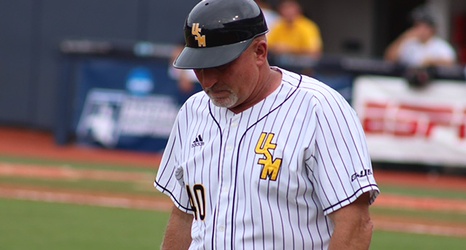 Southern Miss put up a memorable fight through five games in the Oxford Regional, but Ole Miss ended its season with a 12-9 victory in a winner-take-all game Monday.

The Golden Eagles forced a second match against the Rebels after earning a 10-7 victory Saturday but fell short of advancing to what would have been the program’s third Super Regional appearance in school history.

“I can’t be more proud of our young men and our team and how we came out and played it to the end,” Head Coach Scott Berry said after the team’s loss.

Hunter Stanley and Walker Powell both earned playing time in what would be the seniors’ last games as Golden Eagles.