How did Southern Miss football players spend the Sept. 11 anniversary? Registering to vote 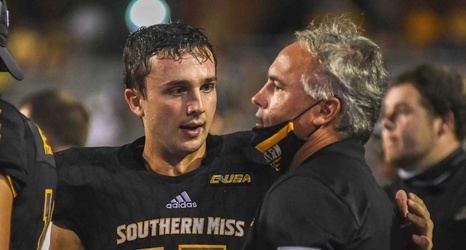 With no football game Saturday, the Southern Mississippi football team didn't need to prepare for a looming opponent Friday.

So instead, several members of the football team registered to vote.

"Voter registration ... (checkmark emoji)," said a tweet from the Southern Miss football Twitter account Friday afternoon. "We took full advantage of our bye-week Friday to prepare for our civic duty."

The text of the tweet ended with an American flag emoji.

"Proud of our guys for taking advantage of the opportunity to let their voice be heard," Walden said in a tweet.