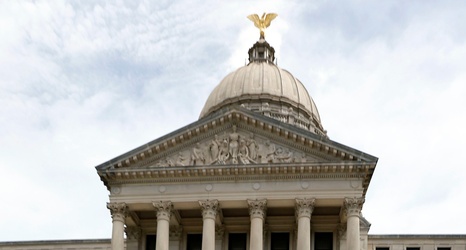 A massive coalition of coaches and administrators from Mississippi's eight public universities will lobby the state legislature on Thursday in an attempt to have Mississippi's state flag changed.

Representatives from Ole Miss, Mississippi State, Southern Miss, Jackson State, Alcorn State, Mississippi Valley State, Delta State and Mississippi University for Women will all be in attendance. The aim of the press conference is to get the state government to remove the emblem of the Confederate battle flag from the left side of Mississippi's state flag.

According to a press release, the session is expected to begin at 11 a.