Courtney Blades-Rogers impressed by Alabama's Montana Fouts, 21 years after her own perfect game 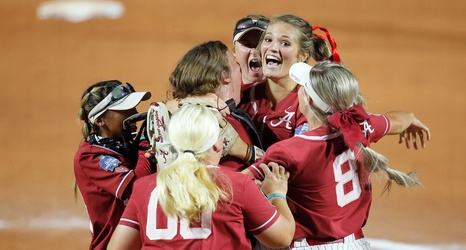 It had been 21 years since Courtney Blades-Rogers was last at a Women’s College World Series game.

Twenty-one years since she led Southern Mississippi to the 2000 WCWS and threw the series’ fourth-ever perfect game against Arizona in the first game.

But on Saturday, she was in the stands and rose to her feet as her daughter, Georgia pitcher Britton Rogers, took the circle in the sixth inning of the Bulldogs’ elimination bout against the top-ranked Sooners.

Britton allowed three runs against the Sooners, who eventually went on to run-rule Georgia 8-0 in six innings.