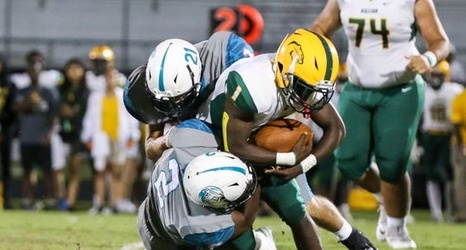 Southern Miss added some style points to its 2020 signing class.

Frank Gore Jr., the son of 15-year NFL veteran Frank Gore, signed with the Golden Eagles on Thursday. Gore Jr., from Killian High School in Miami, is a 3-star running back, according to 247Sports.

He signed with Southern Miss over Florida Atlantic. He also held offers from Chattanooga and Kentucky. Gore had been committed to FAU since June but re-opened his recruitment when former FAU coach Lane Kiffin became the head coach at Ole Miss.