Battle for the Bell 2020: Tulane steamrolls Southern Miss in 66-24 win 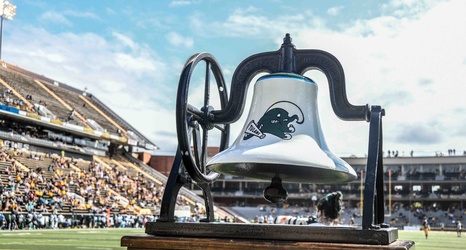 Southern Miss (0-3) scored two touchdowns in the first five minutes of Saturday's game against Tulane (2-1), and there weren't many positives from there.

The visiting Green Wave abused the Golden Eagles with 430 rushing yards on their way to a 66-24 victory to win this season's Battle for the Bell. Tulane sacked Jack Abraham five times.

Tulane scored its first three touchdowns of the day off of Southern Miss' miscues. An Abraham interception, a targeting call on Santrell Latham and a Natrone Brooks muffed punt return.

USM had a 14-0 lead early in the first quarter, and were driving with momentum, before Tulane defensive back Kavaris Hall picked off Abraham and was a Frank Gore, Jr.