UFC 252 takeaways: A look at Daniel Cormier's legacy, biggest winners of the night 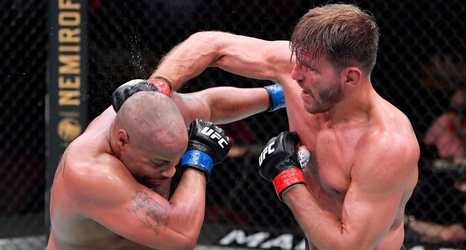 The biggest UFC heavyweight title fight in history did not disappoint. Stipe Miocic pulled out the win Saturday night over Daniel Cormier and solidified himself as perhaps the greatest heavyweight in MMA history. He also sent Cormier, one of the greatest as well, off to retirement.

UFC 252 ended on a low for Cormier, but included highs for a number of rising stars including Jairzinho Rozenstruik and Virna Jandiroba. It also featured Marlon Vera's win over Sean O'Malley, but due to O'Malley's injury, the co-main event didn't offer a ton of clarity for either of those fighters.