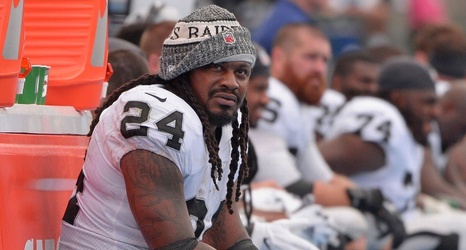 Now, with the three-day draft kicking off Thursday night in Nashville, the Raiders have one more potential need to address: running back.

Minus Lynch, the Raiders' backfield now will be left with backs such as Isaiah Crowell, Jalen Richard, DeAndre Washington and Chris Warren.

Lynch turned 33 on Monday, and he now is planning to move on to the next phase of his life.