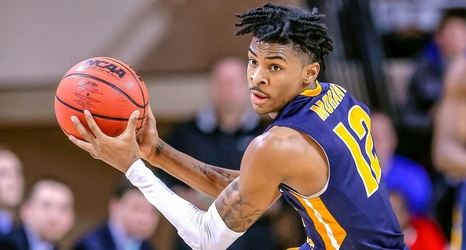 Morant, whose electric performance powered the Racers' first-round win over Marquette in the NCAA tournament, on Tuesday became the first Murray State player to be named a first-team Associated Press All-American.

Morant is scheduled to make his announcement at 7 p.