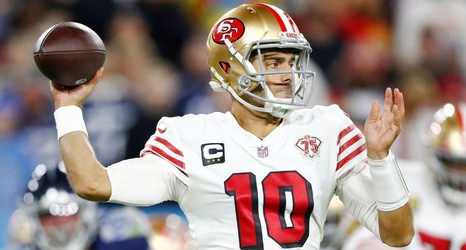 That's because Garoppolo suffered what a source told ESPN's Adam Schefter was a torn ulnar collateral ligament (UCL) of the right thumb, as well as a fracture in the same thumb, early in Thursday's 20-17 loss to the Tennessee Titans. His playing status for Sunday's game against the Houston Texans remains uncertain.

Garoppolo did not participate in the Niners' Monday "bonus" practice, which came after the team went its separate ways for the past three days following the loss in Nashville.