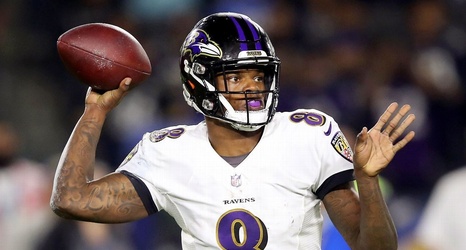 OWINGS MILLS, Md. -- Baltimore Ravens quarterback Lamar Jackson issued an apology Wednesday for video he posted to his Instagram account that showed him driving at 105 mph.

I made a bad decision and will set a better example going forward. #Myapologies

The video, which Jackson appeared to film on his cellphone, showed a light on his dashboard that indicated someone in the car was not wearing a seat belt. The post was taken down from Instagram on Wednesday afternoon.