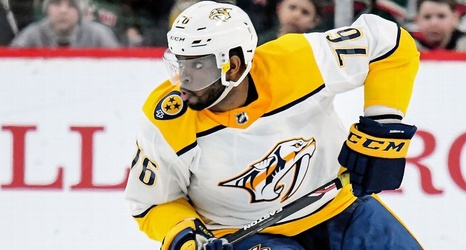 VANCOUVER, British Columbia -- Nashville Predators All-Star defenseman P.K. Subban has been traded to the New Jersey Devils for defenseman Steven Santini, prospect Jeremy Davies and two second round picks -- one in 2019 and one in 2020, the team announced.

Subban, 30, spent the last three seasons with the Predators. This is the second time in three years Subban has been traded. He spent the first seven years of his career with the Montreal Canadiens before he was shipped to Nashville in a blockbuster deal for Shea Weber in 2016.