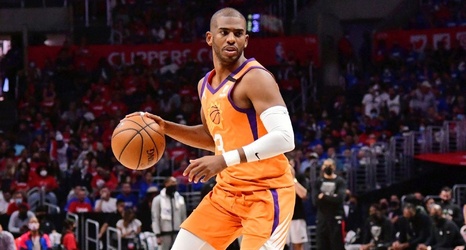 While the Milwaukee Bucks and Atlanta Hawks battle it out to determine the Eastern Conference representative in the NBA Finals, ailing Phoenix Suns star Chris Paul says the extra days off before the first Finals appearance of his 16-year career have been helpful.

Paul revealed after the Suns' clinching Game 6 win over the L.A. Clippers in the Western Conference finals on Wednesday that he played with partially torn ligaments in his right hand during the series.

Asked on Saturday how he was able to get through the competition with an injured shooting hand, the 36-year-old point guard shrugged off the challenge.