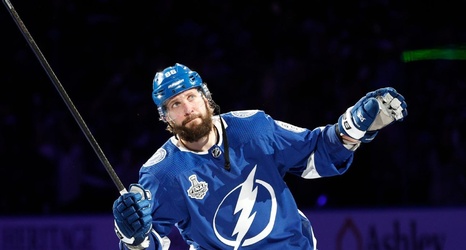 The Tampa Bay Lightning star continued his spectacular postseason, recording two goals and an assist in a 5-1 win over the Montreal Canadiens in Game 1 of the Stanley Cup Final on Monday night. All of Kucherov's points came in the third period, breaking the game open for Tampa Bay.

"That's one of the best players in the world," said Lightning captain Steven Stamkos, who was set up by Kucherov on the power play for Tampa Bay's final goal.