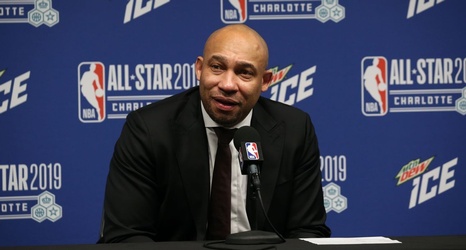 Milwaukee Bucks assistant coach Darvin Ham and former Portland Trail Blazers coach Terry Stotts are among the candidates who have advanced to the final round of interviews for the Los Angeles Lakers' coaching job, sources told ESPN's Adrian Wojnarowski on Friday.

Stotts, who coached the Trail Blazers from 2012 to 2021, interviewed with the Lakers earlier this month, sources said. Prior to his dismissal, Stotts had reached the playoffs in his final eight consecutive seasons on the job -- including two trips to the Western Conference semifinals and a berth in the conference finals in 2019.