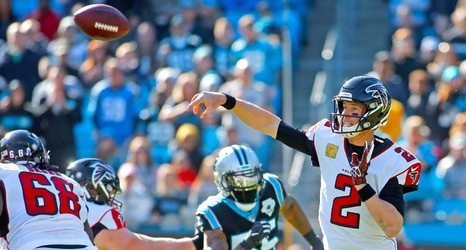 CHARLOTTE -- Atlanta Falcons quarterback Matt Ryan moved past Warren Moon for 10th place on the all-time passing list with his performance on Sunday.

Ryan is expected to become the 10th player to reach 50,000 yards at some point this season. John Elway is above Ryan on the all-time list at ninth with 51,475 yards.