Thomas Tuchel hails his Chelsea stars for their 'deserved' win over Southampton after back-to-back defeats... but the German was left 'very angry' by VAR's decision to rule out Timo Werner's first-half goal 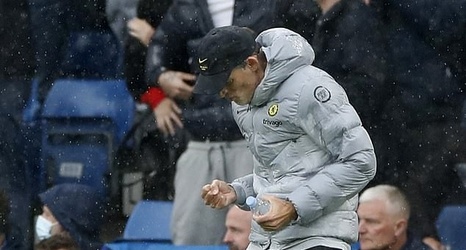 Thomas Tuchel claims he could not believe Chelsea were denied a goal in the first half before they triumphed in a 'better performance' against Southampton.

Chelsea returned to winning-form as they bounced back from back-to-back defeats to beat a winless Southampton 3-1 at Stamford Bridge.

Goals from Trevor Chalobah, Timo Werner and Ben Chilwell boosted Thomas Tuchel's side to the top of the league.

The Chelsea manager feels his team deserved the resounding win after claiming they're 'not afraid to lose' following defeats to Manchester City and Juventus earlier this week.