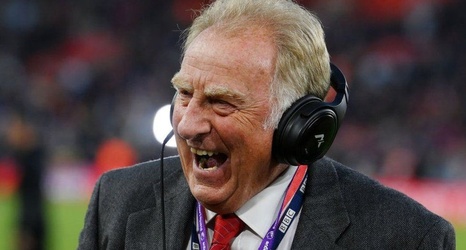 BBC Radio Solent Southampton pundit Dave Merrington is set to retire after the club's final game of the season.

The 77-year-old former Saints manager has been co-commentating on Southampton matches for the last 20 years.

He has become known for his passionate, forthright and honest views about the club during commentaries and post-match phone-ins.

His last game behind the microphone, at Leicester City on Sunday, would be "quite emotional", he said.

It will bring his footballing career to an end after more than 60 years in the game as a player, coach, scout, assistant manager and manager.