Southampton complete the signing of Joe Aribo from Rangers in a deal which could rise to £10m, with the midfielder penning a four-year contract to become the club's fifth summer arrival 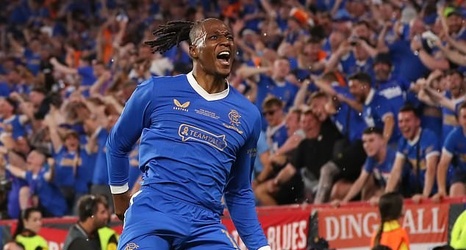 Southampton have completed the signing of Joe Aribo from Rangers in a deal that could rise to £10m.

The midfielder has joined on a four-year deal and become the fifth signing of a busy summer for the south coast club.

Sportsmail reported on Tuesday that Southampton were hoping to beat off competition from some of their Premier League rivals to land the versatile 25 year-old and talks accelerated quickly between the two clubs.

Southampton will pay an initial £6m for Aribo with further add-ons included in the deal.