Mikel Arteta 'may have to consider SELLING Bukayo Saka to fund Arsenal overhaul this summer... with club eyeing permanent deal for Real Madrid loanee Martin Odegaard and up to SEVENTEEN other first-team stars sweating over their futures' 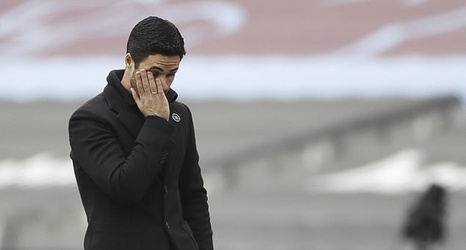 Mikel Arteta will reportedly have to consider selling Bukayo Saka in order to raise funds for Arsenal to spend in the summer, with a permanent deal for Martin Odegaard a top priority.

The 19-year-old has been one of the Gunners' star players since the Spaniard took over at the Emirates in December 2019, performing consistently at both left back and left wing.

Odegaard, who is thought to be valued at £35million by Real Madrid, has been another of the team's shining lights this season during a campaign which has seen the north Londoners become mired in mid-table after an eight-placed finish last season and fail to defend the FA Cup after crashing out to Southampton in the fourth round.