Arsenal to pay tribute to Ray Kennedy before Wednesday's game against West Ham after fans were angered by lack of commemoration at first home game following death of former Gunners defender, aged 70 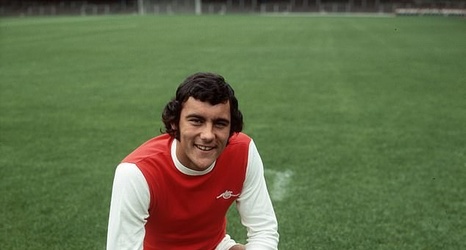 Arsenal plan a tribute to Ray Kennedy before Wednesday's game against West Ham after a backlash from disgruntled fans demanding to know why there was nothing in his honour at the Emirates Stadium on Saturday.

Kennedy, an icon of Bertie Mee's Double winning team in 1971, died two weeks ago at the age of 70.

Arsenal wore black armbands to mark his passing during a game at Manchester United two days later but supporters were shocked to find no commemoration of his life and career at the next home game, Saturday's 3-0 win against Southampton, aside from a tribute in the match-day programme.