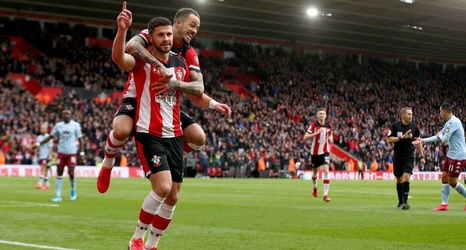 Southampton continued their surge from the Premier League's bottom half towards mid-table after opportunist goals from Shane Long and Stuart Armstrong gave them a 2-0 home win over Aston Villa on Saturday.

The result left Southampton 12th with 34 points from 27 games while beleaguered Villa stayed 17th on 25 points, one above the relegation zone.

The Saints dominated proceedings and debutant William Smallbone hit the post with a deflected shot in the sixth minute before Ireland striker Long netted the opener two minutes later.

The lively Moussa Djenepo poked in a cross from the left flank with the outside of his right foot and Long bundled it in at near post with his thigh past Villa goalkeeper Pepe Reina.