USF’s Corrick Repeats as The American Pitcher of the Week 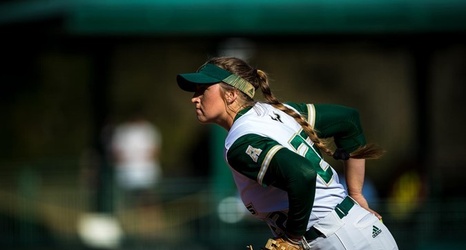 TAMPA, FLA. March 9, 2020 – USF junior pitcher was selected as American Athletic Conference Pitcher of the Week for the third consecutive week, the conference announced on Monday. This is the second time in her career that she's earned the award in three straight weeks.

Corrick opened her weekend pitching in relief against UMass on Friday. In 1.2 innings pitched, she struck out three and earned the victory in the Bulls' first game of the weekend. Later that night, Corrick made her first start of the week, pitching a complete-game shutout against Iowa State, where she struck out eight and only allowed two hits.