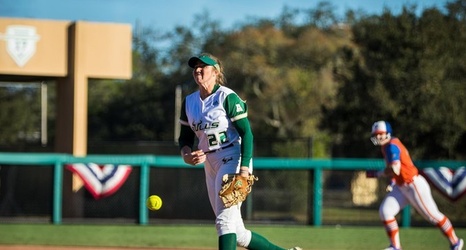 TAMPA, FLA. March 10, 2020 – Junior pitcher was chosen as the Wilson/NFCA National Pitcher of the Week, the National Fastpitch Coaches Association announced on Tuesday. Corrick finished the week with a 4-0 record while also striking out 18 and only allowing two earned runs in 23.2 innings pitched.

Corrick opened her weekend pitching in relief against UMass on Friday. In 1.2 innings pitched, she struck out three and earned the victory in the Bulls' first game of the weekend. Later that night, Corrick made her first start of the week, pitching a complete-game shutout against Iowa State, where she struck out eight and only allowed two hits.