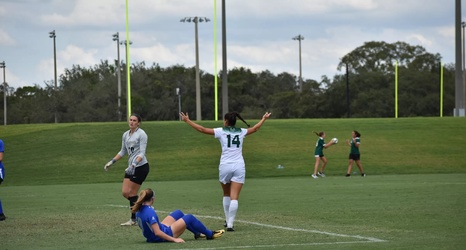 After being drafted as the fifth overall pick in the 2020 NWSL draft for Sky Blue FC, USF women’s soccer alum Evelyne Viens was loaned out to Paris FC to help gain experience in the professional soccer world. As a surprise to absolutely nobody, she showed up big time for Paris FC, scoring a hat trick in her first start for the club.

After making her professional debut for Sky Blue FC in June during the NWSL Challenge Cup, Viens scored her first professional goal in a losing effort against the Chicago Red Stars in the semi-final match for the Challenge Cup.