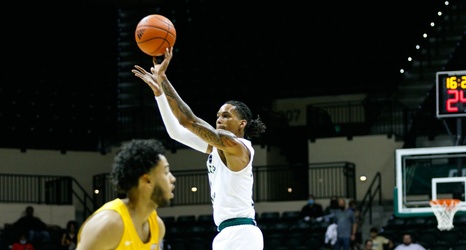 No. 23 Women’s Basketball Blow late lead at No. 16 Tennessee Volunteers

The South Florida Bulls let a six-point fourth quarter lead slip away as they could only muster five points in the final frame to fall 52-49 at Tennessee on Monday night.

USF led by as much as nine in the first half, but 5-for-21 on layups proved too costly for the Bulls on the road.

Elena Tsineke led the Bulls with 13 points in the losing effort. Elisa Pinzan added 11 points of her own, and Sydni Harvey finished with nine points before fouling out late in the fourth quarter.