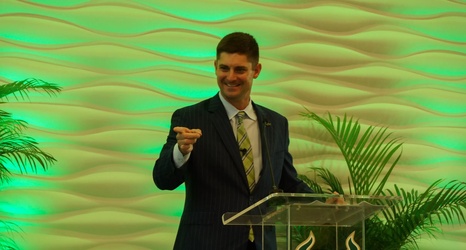 Jeff Scott is bringing a highly skilled receiver from the Palmetto State with him to Tampa.

Three-star WR Omarion Dollison out of Gray Collegiate Academy in West Columbia, SC, officially signed his LOI with USF football on Wednesday, coming just five days after becoming the first prospect to receive an offer by the new head coach.

The Bulls beat out division rival Cincinnati for his services.

Beginning his prep career at Columbia Irmo, Dollison transferred to Gray Collegiate in the suburbs of West Columbia this past summer and proceeded to terrorize opposing defenses throughout the fall.