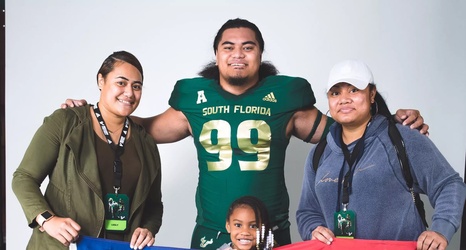 He racked up 22 tackles (3.5 for loss). half a sack a forced fumble and two blocked kicked during his time with the Huskies, eventually earning him a scholarship offer from USF.