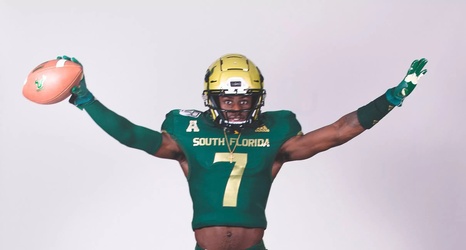 The LOI has been signed, the fax has been sent and Dunnellon defensive back AJ Hamilton is officially on the books for USF football during the early signing period.

Known for his coverage and play recognition as a corner, the speedy Marion County product played both ways for a Dunnellon squad that went 9-2 and brought home the District 6-5A title this season.

Through 10 games, he recorded 17 tackles and six passes defensed on defense. Offensively, he hauled in eight receptions for 181 yards and two touchdowns through the air and hit the ground for 276 rushing yards on 23 carries and two trips to the endzone.