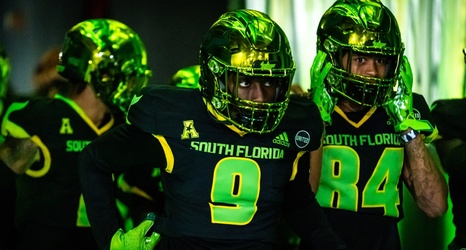 The South Florida Bulls (1-5, 0-4) hosted the Tulsa Golden Hurricane (2-1, 2-0) in a primetime matchup under the lights of Raymond James Stadium. As the Bulls lost their fifth game consecutively, it’s time to reflect on the outcome of the game and what went down in Tampa.

To start off the game, Quarterback Jordan McCloud led the Bulls’ offense. In his time as the gunslinger against Tulsa, McCloud only completed two of seven pass attempts for an underwhelming grand total of eight yards through the air.

Eventually, Noah Johnson took over at quarterback. Through multiple stints throughout the game, Johnson completed 18 of 27 passes for 150 yards and a touchdown.