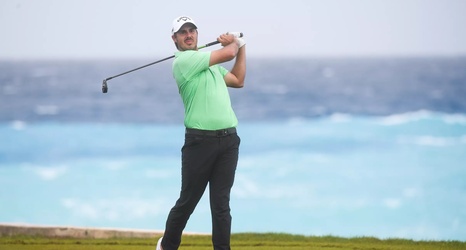 Former USF men’s golf star Chase Koepka used an 8-under 63 final round on Sunday at the PGA Tour’s 3M Open to vault up 30 spots to finish T-26 at TPC Twin Cities in Blaine, Minnesota.

The West Palm Beach native (and Brooks’ younger brother) had a bogey-free fourth round, much improved from his finish on Saturday where a double-bogey, and a bogey on No. 17 and 18 sent him over par for the first time in the tournament.

A couple worthy notes:
1) To put the 63 in perspective, the course record is 62, set and matched several times at last year's inaugural #3MOpen.