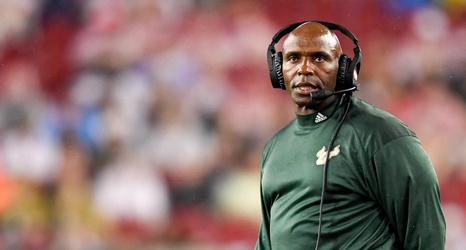 The Charlie Strong era in Tampa is over.

After three full seasons, the University of South Florida parted ways with its embattled head football coach on Sunday following the team’s 34-7 loss to rival UCF in the War on I-4 on Friday.

Hired in December of 2016 following his dismissal from Texas, Strong capitalized on inheriting a senior-heavy roster from former head coach Willie Taggart by posting a 10-2 record in 2017. However, the cracks began to show in his second year as an unimpressive 7-0 start quickly gave way to a six-game losing streak to end a tumultuous 2018 season.