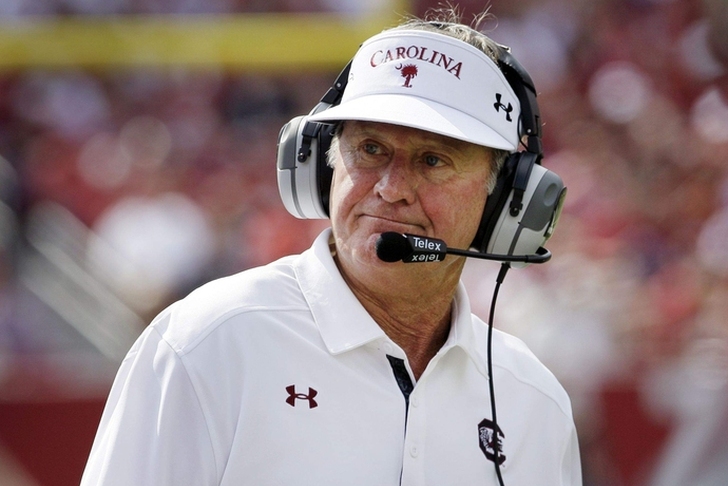 Former South Carolina Gamecocks coach Steve Spurrier finished off his coaching career on a classy note, returning a check worth over $70,000 in the form of a donation to the Gamecock Club.

The Gamecock Club was established back in 1940, and currently provides financial support for over 500 student-athletes at the University of South Carolina. That financial support comes in the form tuition fees, food and medical costs, assistance with injuries and other general needs. Per the club's website, 19,082 members currently donate to the athletic department through the club.

Spurrier's resignation occurred midseason, but he was still paid the rest of his annual salary (in the neighborhood of $1 million). The majority of his remaining balance came from apparel supplier Under Armour and radio broadcaster IMG. $225,000 came from public funds.

"By resigning, I forfeited the buyout clause in my contract that saved our university three million dollars," Spurrier said in a letter to Gamecocks fans last week. The university board of trustees signed off an extension to Spurrier's contract last winter, bumping his pay to $4 million annually while extending his contract through 2018. Spurrier, 68, is ensured a position as a special assistant to university President Harris Pastides and athletic director Ray Tanner following his retirement.

Over the span of 25 1/2 seasons as the head coach of Duke, Florida, and South Carolina, Spurrier posted a 228-89-2 overall record. His only losing full season was in his debut as a head coach with the Blue Devils back in 1987 (5-6). He won a national championship with the Gators back in 1996.