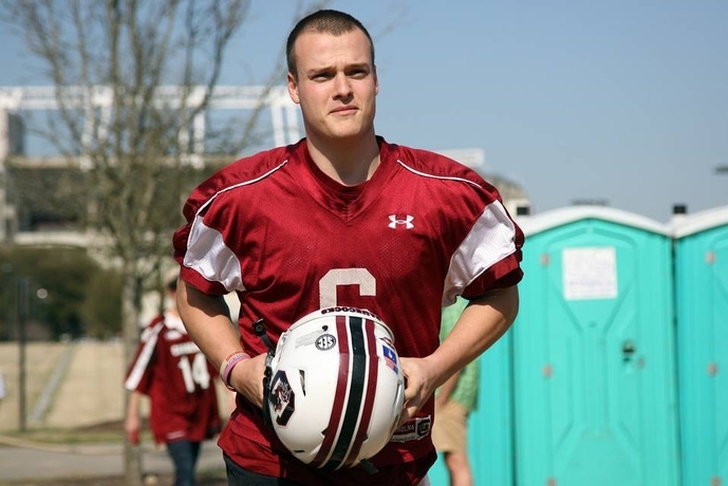 The South Carolina Gamecocks are hoping to rebound from a disappointing 2014 season, and their production in fall camp will give us the first indication of just how good they'll be this year. Here's what we've learned so far:

Connor Mitch, Perry Orth, Michael Scarnechia, and Lorenzo Nunez are all battling for the starting QB job, but no one has grabbed a firm hold of the job - or impressed Steve Spurrier.

"It was a struggle out here," said head coach Steve Spurrier following South Carolina's scrimmage on Saturday. "We couldn't make many first downs. We went backwards about every time. The offensive guys acted like they've never seen what the snap count is, jumping offside. The freshmen guys got scared to death with a couple hundred people in the stands. The quarterbacks were a little shaky at times. But its just practice. Hopefully we can continue on and try to find out who the best is. Obviously you can't play four quarterbacks like we're doing right now. We'll look at the tape and try to make some realistic decisions.

"We didn't have a "best" (quarterback) today. We're all too slow. They act like we don't know we have a flare guy. Scarnecchia did a few good things here and there. Perry struggled a bit today. But we'll keep practicing. I probably need to be a little tougher on the offense."

Senior running back Shon Carson is expected to see significant playing time behind Brandon Wilds, but Spurrier has been really impressed with him during camp.

"He played well. He made some guys miss. In fact, when he made the guy miss on the first one, that's the first guy all day that missed a tackle that I remember. Nobody else missed a tackle. So the defense is different than in the past. Our guys tackled very well, all of them. They understand the leverage and they don't dive at them. That was encouraging."

South Carolina's defense was among the worst in the country last season, and that's been their focus heading into 2015. Co-defensive coordinator Lorenzo Ward says he's happy with the progress the unit is making:

"I thought we did some good things. We had some young offensive linemen who were in there at times, so it will be interesting to see how much pressure we got on the quarterback when we had our starting offensive line in there. We're going to play the four best [defensive linemen], so that's what we're trying to figure out. To build a championship defense, you have to be good up front and so we're trying to figure out the best players. We're getting there. We still have another 10-12 days, then we'll start to figure out what we're going to do for North Carolina. But we're getting there. Guys are starting to separate themselves."