This Gamecock knows he fit one position. He played a different one to help his team 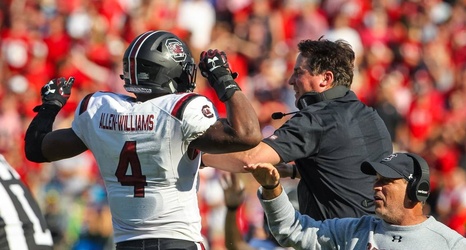 It seemed in some ways Will Muschamp’s arrival solved something for Bryson Allen-Williams.

And after a season filling in at inside linebacker because of Skai Moore’s injury, Allen-Williams settled in and handled both edge spots when healthy. He credited Muschamp with seeing him as a Buck, but in truth, he doesn’t see himself like that going forward.