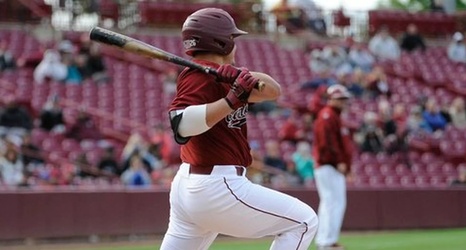 South Carolina’s 2019 baseball season continues to be lackluster at best, as the Gamecocks managed to pull off a narrow victory over No. 7 Texas A&M in the first game of Saturday’s doubleheader, but allowed the Aggies to rally late for a win in the second.

In game one, USC scored all of its runs in the first inning, which is a bold and probably dumb strategy that just happened to work out. Noah Campbell and George Callil both got hit by pitches to start things off, then Luke Berryhill brough them in with a one-out homer, making it 3-0 Gamecocks.