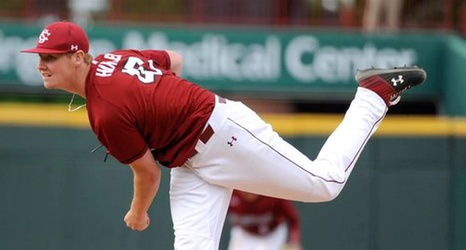 South Carolina is now on a seven-game losing streak that includes two sweeps in conference play so it’s safe to say this season can’t end soon enough. Things stayed bad on Wednesday night as the Gamecocks were yet again very unfun to watch, this time against Furman in a game where they gave up the lead early and never regained it.

USC got on the board first, going up 1-0 in the first inning after Noah Campbell led off with a base hit and Andrew Eyster grounded out with one out to bring Campbell home. The Paladins took the lead in the top of the third inning on a two-run homer Jabari Richards that made the score 2-1.