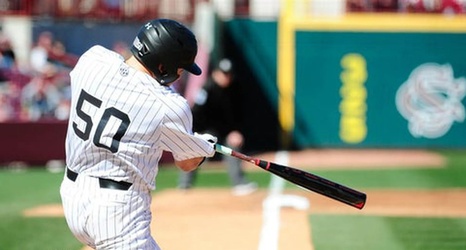 South Carolina’s offense was quiet on Tuesday night against Charlotte, as the Gamecocks wrapped up the home slate with an 8-3 loss.

USC got on the board early, taking a 1-0 lead in the first after Brandt Belk led off with a triple and later scored on a fly out by Kevin Madden. The Cocks’ tacked on another run in the second, making it 2-0 after Talmadge LeCroy started things off with a base hit and came home on a two-out single by Josiah Sightler. Carolina’s only other run of the game came in the fourth inning, when Andrew Eyster singled and then scored on a double by Braylen Wimmer, pushing the score to 3-0.