South Carolina basketball: PJ Dozier has a future in Denver 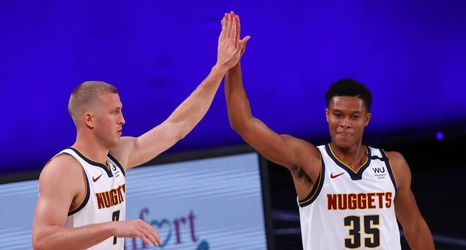 The Nuggets have realized former South Carolina basketball player PJ Dozier’s worth in the bubble.

PJ Dozier got the call up as the Denver Nuggets moved into the bubble, receiving a multi-year contract in July. The deal was an obvious upgrade from his previous two-way contract, and showed that the team was planning on using the Columbia native in building their future.

The Gamecock alum had only been apart of Denver’s roster since late June and I was skeptical on if he’d get his shot.