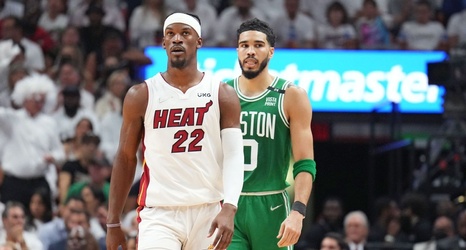 MIAMI -- Jimmy Butler is worth the drama.

That isn't exactly how Erik Spoelstra termed Butler's game on Tuesday night, of course. The Miami Heat coach was his usual controlled self after guiding his team to a 118-107 victory over the Boston Celtics, fueled by Butler's greatness, to take a 1-0 lead in the NBA Eastern Conference finals.

"If you're driven by competition, and the stakes get raised, you're going to raise your level of play," Spoelstra said after Butler assembled a brilliant 41-point, nine-rebound, five-assist, four-steal, three-block masterpiece.