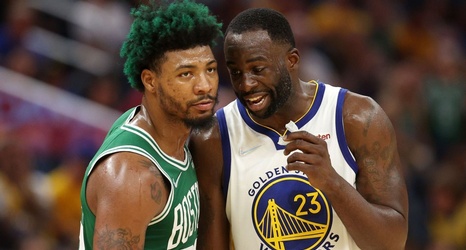 SAN FRANCISCO -- Draymond Green faced the marrow-level dread of going down two games to none in the NBA Finals by arriving for Sunday's Game 2 determined to be annoying as hell for as long as it took. Over the course of the contest's 48 minutes, he argued with the officials -- and nearly every Boston Celtics player -- and threw his body around the court with a barely controlled fury.

Put it this way: The man got a well-deserved technical foul midway through the first quarter on a play in which the call went his way.