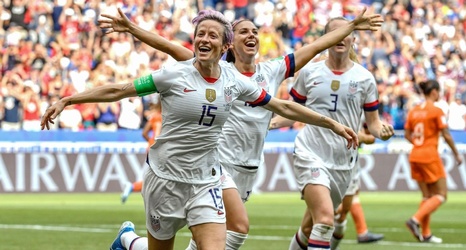 LYON, France -- The rest of the world will have its turn. But not here. Not yet.

In a Women's World Cup marked by European success, the United States is the last team standing. Slow at the start for the first time, the U.S. women came to life in the second half to beat the Netherlands 2-0 on Sunday on second-half goals from Megan Rapinoe, from the spot, and Rose Lavelle.

The biggest question going into the final was the health of two stars, Rapinoe missing the semifinal with a hamstring injury and Martens leaving at halftime of Netherlands' semifinal with a foot injury.