Looking back from spot in the NFL, Skai Moore appreciative of Gamecock experience 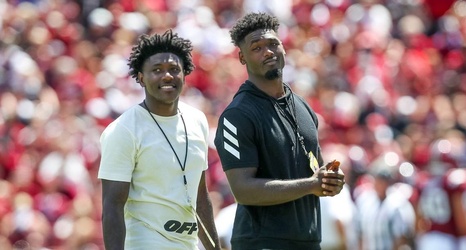 South Carolina linebacker Skai Moore led the Gamecocks in tackles in all four of his seasons. By

Skai Moore is living the NFL life now, competing with “grown men” and trying to make his way after a season with the Indianapolis Colts.

But when he was back in Columbia, he paid some respect to those who helped him build the foundation for all that at South Carolina.

“From the coaches, to even the academic staff, Maria Hickman, all those people, they really helped mold me, grow into a man,” Moore said.