How the Gamecock men can get in on March Madness 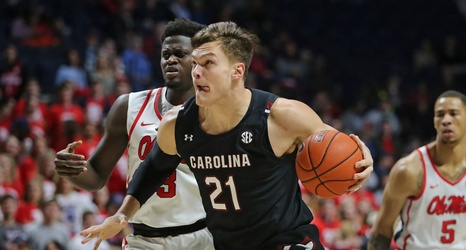 It’s been a rollercoaster of a season so far for the South Carolina Gamecocks, who began the campaign with expectations of an NCAA Tournament berth; took multiple, inexplicably bad losses in out-of-conference play; then managed to recover when the SEC schedule started, rattling off some impressive victories and spending most of the regular season living on or slightly off the tournament’s bubble.

The Gamecocks’ resume, despite a couple flies in the ointment, strikes one as being at least somewhat NCAA-worthy if you squint. South Carolina (18-13, 10-8 SEC) is 74th in RPI, has a 66 NET rating, and is 66th in SOS.